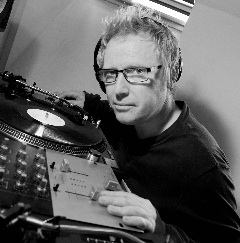 Dave Mcdonnell has been djing professionally for almost 20 years. Dave’s versatile commercial party sound has been rocking dance floors at weddings, birthday parties, and clubs as far a field as the USA, Italy, Canary Islands and the UK for many years. Dave has been producing music since 1992, hits include the trad Irish dance classic ‘West in Motion’ by Bumble on FFRR London records , this was a dance floor hit in the UK and USA. Dave remixed the scottish dance duo Rejuvenation’s classic track IBO on Soma records, and has also remixed under the alias “Add Noise” for french hit makers Cassius with the hit ‘Dupe’ being released on Virgin France in 2008.
Dave was the first Irish resident DJ to be hired to play in the kitchen nightclub along side DMC DJ Paul Dakane. Some of Daves djing highlights include sets in the Ministry of Sound London, playing support for the Prodigy at the Point Depot (now known as the O2) Dublin to 6000 people, and at the aristocrat wedding of the Viscount Montgomery of Alamein’s great niece on the family estate in Grey Abbey abbey Northern Ireland.
Dave possesses the experience and ability to deliver a memorable DJ set whether it’s that special wedding occasion, birthday party, corporate event or nite club.